Taking a Sketch and Tell Offline with Wipebook Workbooks

"I think that the experience was a breath of fresh air after spending so much time on the computer with state testing."

The Sketch and Tell @eduprotocol has been a creative way for my students to show what they have learned about new content. We have been learning about westward expansion in the United States. Normally, I have my students do the Sketch and Tell in a @peardeck, but since students were testing, I wanted to make an effort to go analog, which led me to the perfect eco-friendly solution, Wipebook Workbooks!

Making It Tactile with Play Doh!

As scared as I was to introduce Play Doh in the classroom, I wanted to dive in and try it with the Wipebook Workbooks. While I have heard that people have used Play Doh in the past like @historysandoval, I had fears of kids throwing it around the room, stepping on it in the carpet, red is all mixed into yellow… I admit the fear made it into my dreams. I wanted this to be a successful activity, so I started by having the students come up with their own “Play Doh Norms” in order to increase accountability and empowerment. I was proud of the result:

Now that we have set our norms, students helped to pass out the materials:

As soon as the students received the Wipebooks, they were pretty excited. They opened them up, and I heard “Ooh.” “Cool.” “Wow.” They noted that there was a grid on one side and lines on the other, so they knew exactly how to do the Sketch and Tell using this medium. I could see it was also a bit of a relief from the stresses of state testing to be able to massage the play doh and put a creative cap on to figure out what to create. 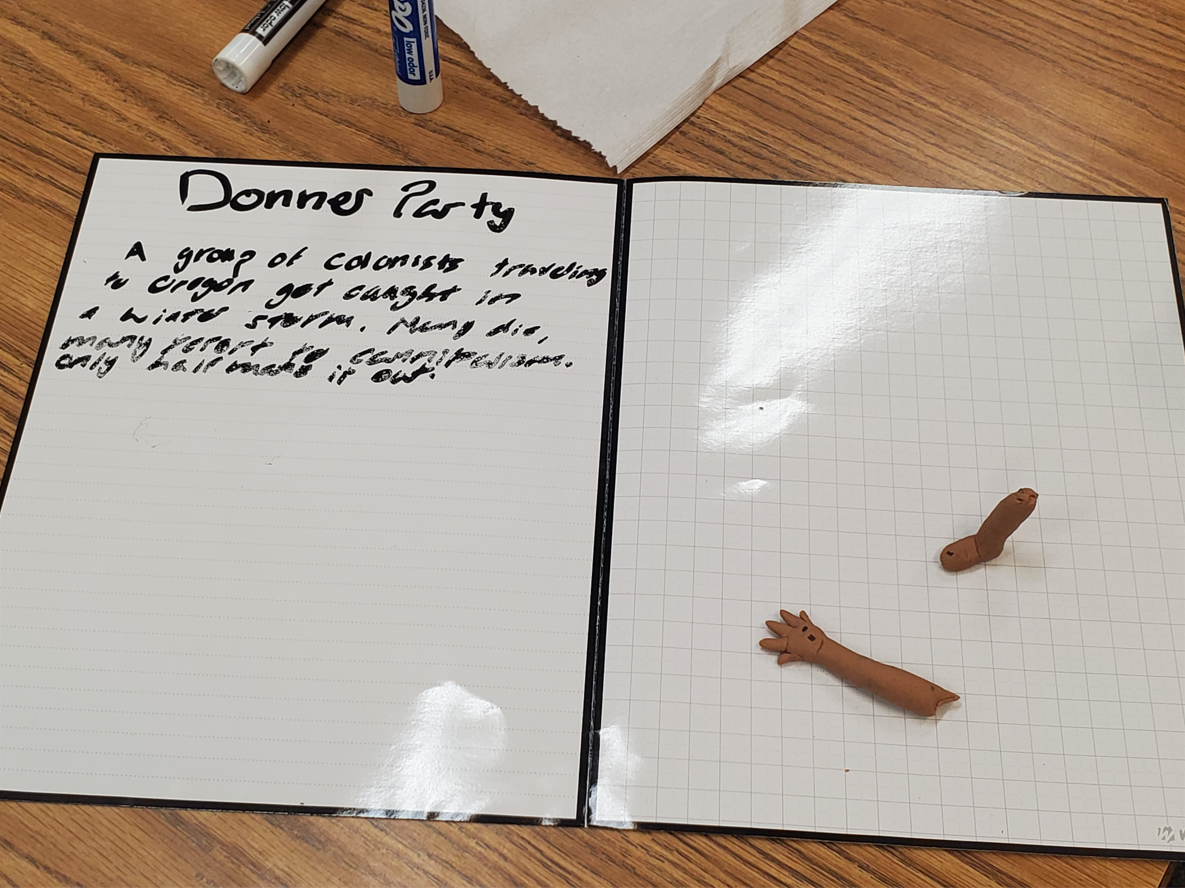 Show Me What You Have Learned

The prompt of the Sketch and Tell was “Describe what happened during Westward Expansion in the United States in images and text (4+ sentences). They could pull from past content about settlers moving west on Oregon Trail (or others), the reaction/perspective of the Native Americans to the settlers, Texas Independence, Mexican-American War, etc. and replicate it on the Wipebook Workbooks.

They happily dove in. I saw many faces massaging and thinking of what to create, which is what any teacher wants. They had to think critically and creatively in order to apply what they have learned. You can’t get that with a worksheet! 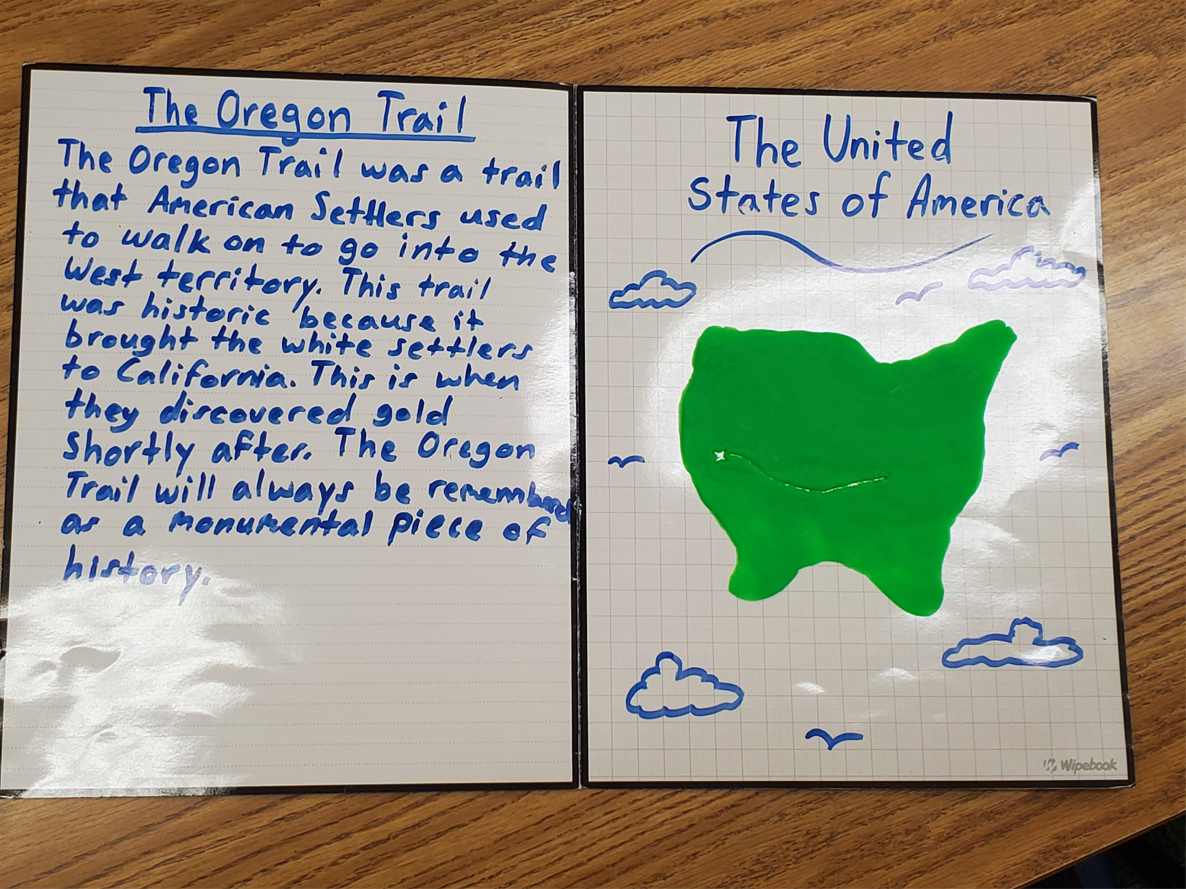 In the end, they could have played with that Play Doh for two+ full class periods. Some realized that they could use their rulers to cut, caps or bottoms of Expo markers to make shapes, etc. After giving them time to create, I had to remind some about the writing part so that they did not run out of time.

They were fascinated with what their neighbors have created. The Wipebook Workbooks served as a perfect surface for them to create the Sketch and Tell. It had the lines for the writing and the grid for creative expression. I saw everything from Donner Party limbs to a fairly accurate recreation of the map of the United States). Once they finished their creation, they took a picture of it with their Chromebook cameras and posted it in a Google Slide assignment in Google Classroom. 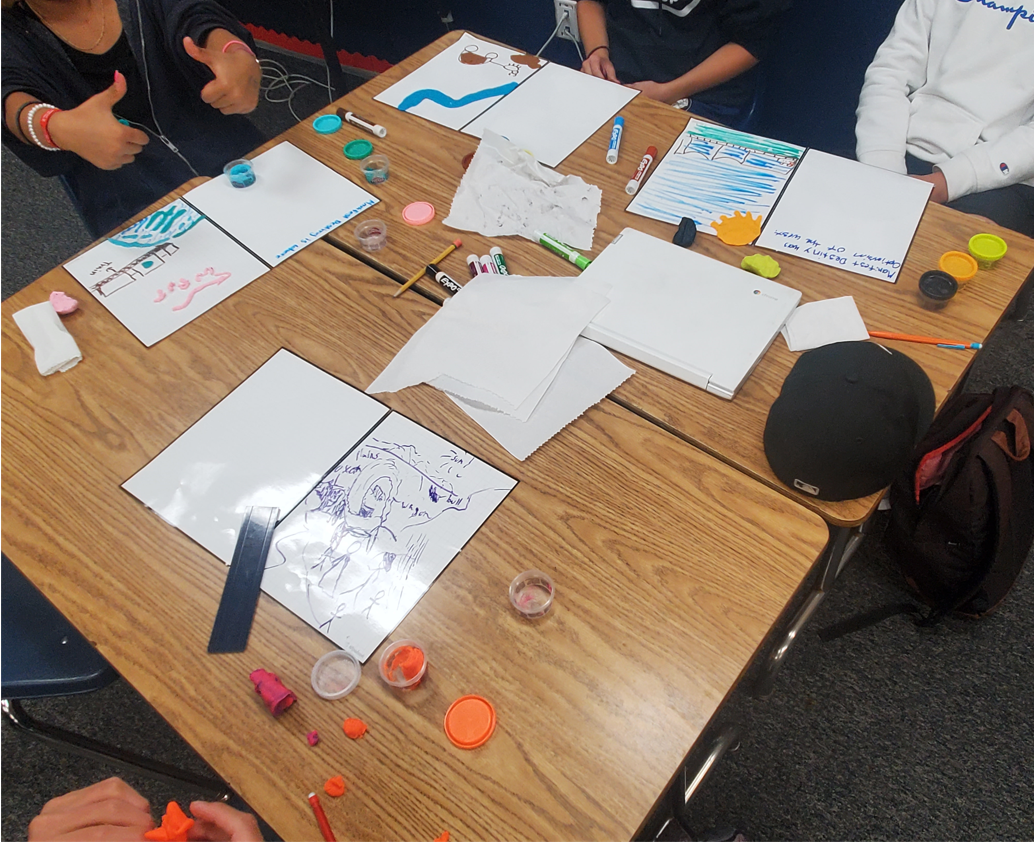 Now, it was time to clean up! They proceeded to wipe down the Wipebook Workbooks, get the Play Doh back in the jar, and put away the materials. We scanned the tables and the floors to check to make sure there wasn’t anything that had fallen on the floor, and phew! The students were super good about adhering to their established norms, and honestly, I think that the experience was a breath of fresh air after spending so much time on the computer with state testing.